This wooden church with oval-shaped plan is a protestant church designed in 1796-1797 by Karl Gotthard Langhans. Once beautiful and richly equiped with wooden benches for 4000 people, used for the last time probably before the second World War and is now compeletly destroyed, ruined and empty. After the war, all the German inhabitants left the village and Polish people from east were resettled in this area. The former German inhabitants were mainly protestant, the new Polish mainly catholic. Some of them didn’t agree to consecrate the church for the catholic service, so it was left empty and unused. It was registered as a historic monument in 2006, but still remain abandoned nowadays. 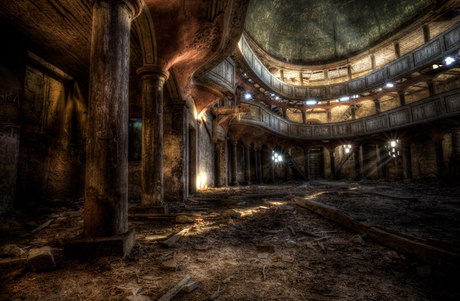 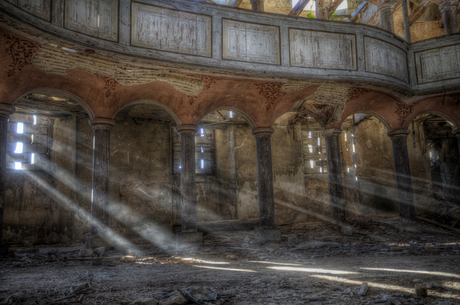